BRIMFIELD – Though two major issues remain to be resolved, plans are moving forward for the construction of an OSF HealthCare complex on the east edge of Brimfield.

“OSF is committed to the project, with the donation of land and a specified amount of philanthropy,” said Christine Bare-Kemper, the strategic philanthropy officer for OSF. “This is a project that’s been going on for two years.”

Rita Kress of Brimfield said Tuesday that she will donate 3.5 acres on the southeast corner of Maher Road and U.S. 150 for construction of a new health care facility. The property was formerly home to various restaurants, but the building there was torn down and the land has sat vacant for several years.

“The location is good for the community,” said Kress, owner of Kress Corporation. “We’re making it better to meet the community’s needs. That’s key for me. I like to do the projects that affect a lot of people.”

Kress said she is working to raise $1 million to make the project happen and has several donors lined up already. She said OSF has committed $3 million to the project.

In addition to fund raising, another main issue is finding funding to extend water lines from the Village of Brimfield east along Route 150 to the proposed location.

Dave Donaldson, chairperson of the Rural Route 150 Water District, said the cost of the water line is estimated at $500,000. Due to state law, the water district can’t borrow money to pay for the lines until a revenue source is established. But no development can happen without water.

One possible source for funding is the Peoria County Board, which Donaldson said has received $32 million in COVID-related federal money that is designated for infrastructure projects, including water supply.

While half of those federal dollars have been spoken for, Donaldson plans to make a presentation to the county board about the benefits of extending Brimfield’s water lines beyond Burnzee’s Bar and Grill, which is the current eastern edge of village water service.

The water district has already spent more than $15,000 to have the Farnsworth Group prepare a survey for the proposed water lines.

Kress said the facility would provide a new, up-to-date work area for Dr. Robert Bevill and Dr. Mark Baylor. Both are OSF health providers who currently work out of the Brimfield Health Services building at 111 E. Knoxville St.

“Our doctors are established and they need a new facility to operate out of,” Kress said. “We have an excellent location.”

A new facility could be helpful in recruiting doctors in the future, Kress said.

OSF is also planning to provide physical therapy at the proposed facility, which could cut down on travel time for patients who are now traveling to Peoria or elsewhere for those services.

“St. Francis can do whatever they so chose and expand in the future,” Kress said.

Once water lines are run east, Kress said the Rural Route 150 Water District could expand east to the Fox Creek and Timber Bridge subdivisions. Village water would also be made available to the Dollar General store and to the Esquire Estates Mobile Park.

“It’s an exciting opportunity for the village,” Brimfield Mayor Dan Fishel said. “I just think it serves many purposes for the village. A medical facility draws traffic and interest and it can increase property values as services increase, making life better in our community.”

The Village of Brimfield has been working on several water-related projects in the past year that were designed to eliminate dead ends in its water delivery system and to solve leaking issues.

Fishel said if water lines are extended, the village would sell water in bulk to the Rural Route 150 Water District, which would handle delivery and billing for additional customers.

“We would be merely a provider of a product that we would sell in bulk, but there is income potential for the village, that’s for sure,” Fishel said. 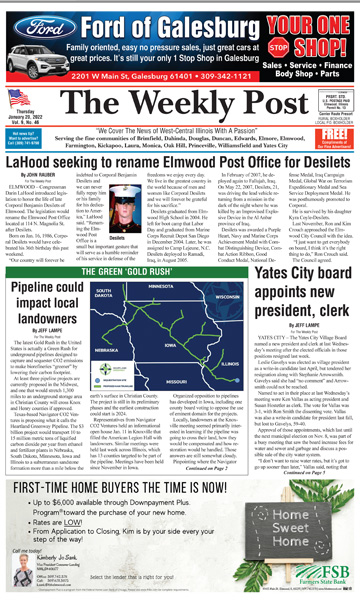 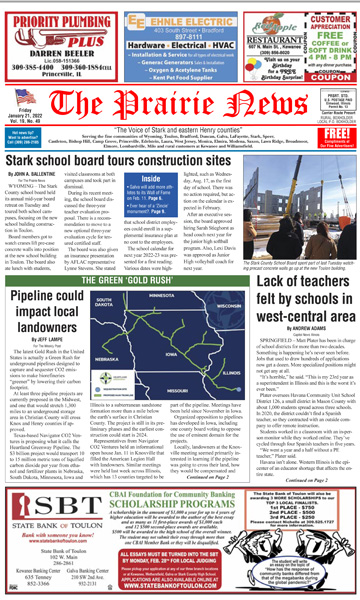 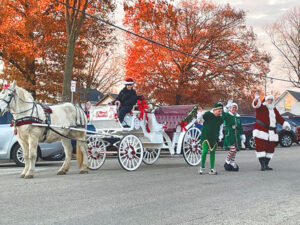