BRIMFIELD – Brimfield took one step closer to a 12-acre community solar project on Monday when the Village Board voted 5-1 in favor of an ordinance establishing regulations for solar installations.

If three other hurdles are cleared, a proposed Jubilee Solar project on the east side of the village could generate up to $41,000 per year in benefits for the school district and an additional $5,500 for local taxing bodies according to the developer, Trajectory Energy Partners.

Timing of the decision led to the lone dissenting vote cast by Trustee Paul Dye.

“I don’t know why we have to push this through in a month and a half,” Dye said. “It seems a project of this size shouldn’t have been rushed.”

Kiersten Sheets, project development manager for Trajectory, said haste is needed to get an application ready for submission by Sept. 1. She noted that the new construction plan implements a 100-foot setback from Jackson Street, which was something requested at the board’s July meeting.

“There is a bit of a time constraint to this,” Sheets said. “If Brimfield wants to capitalize on this project, you need to move forward with this.”

Trajectory began discussing a solar project with the Brimfield School District last September, Sheets said, not long after the state passed the Climate and Equitable Jobs Act. That legislation reshaped Illinois solar policy by creating a funding source for community solar projects. This year, the state will allocate 30 megawatts (MW) of solar projects to Ameren Illinois’ territory. The Brimfield project is 2 MW.

“We believe if we have a plan in Day 1 [of the application process], funds would be there for Brimfield,” said Jon Carson, founder and managing partner of Trajectory. “We’d like to start work next year.”

Sheets said Trajectory first met with Village President Dan Fishel in early May, shortly after the Brimfield School Board approved a 25-year lease agreement with Trajectory at its April 20 meeting.

A site south of the school’s ball diamonds was chosen because the district wanted to reserve space elsewhere for future athletic expansion, Sheets said.

Still to come are three hurdles: 1. an Aug. 10 Zoning Board of Appeals (ZBA) meeting, 2. an Aug. 16 special meeting of the Village Board to consider the ZBA’s recommendations; and 3. being chosen for funding in the application process.

If the project is approved, Sheets said the school district would pay no upfront costs and would receive nearly $41,000 in benefits per year from three sources. First is a direct 20 percent savings on electric bills, an estimated $20,765 annually. Next are property tax revenues, since Trajectory would pay an estimated $13,736 per year in taxes, with $8,206 going to the school. Finally, Trajectory would pay $12,000 in rent annually for the project site.

The last two components are a new addition to the community solar program and are different from “behind-the-meter” projects at Williamsfield and Farmington school districts, which involved up-front construction costs and provide benefits only in terms of savings on electric bills.

Sheets said Brimfield residents can also subscribe to the community solar project to receive a discount on their Ameren bill, with savings estimated to be $250 to $300 per year for the average family.

Trajectory will also do a drain-tile survey before construction can start and has to pay a de-commissioning bond to pay for removal of the system after its expected 25-year lifespan.

Sheets said she will have a booth at Old Settlers Days Aug. 13 to answer questions.

The board also approved the purchase of a Vermeer vacuum excavator on a pull-behind trailer for just under $82,000.

In regards to a condemned property at 315 Brim St., attorney Bill Atkins said he expects to have a private buyer for the property. Atkins said the buyer will pay all of the village expenses to date including mowing and legal fees and will then tear down the building.

Finally, Trustee Brian Porter announced this was his last year running co-ed softball at Brimfield’s park after 25-30 years at the helm. 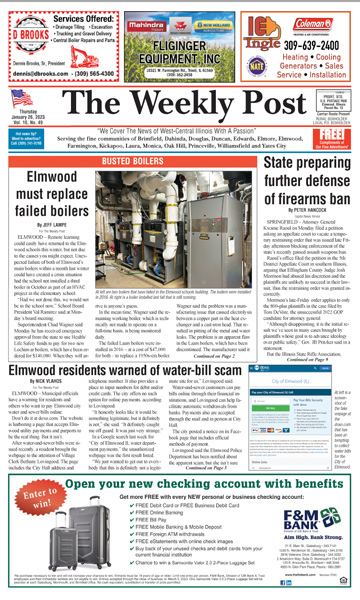 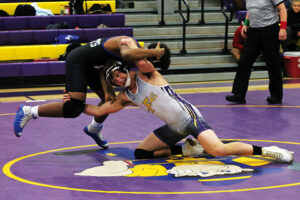