By John A. Ballentine

TOULON – County auditor Ron Hilton presented the proposed budget for the upcoming year to the Stark County Board of Supervisors and reported that the budget is balanced. Hilton briefly went over the highlights of the new budget.

County engineer Judd Giffin explained a proposed resolution for revising engineering fees charged to the county townships for Motor Fuel Tax. Giffin said the old resolution charged a flat seven percent “across the board” for services. The new resolution calls for a three percent fee for maintenance of township roads, plus an additional two percent fee that requires inspection. For extra projects that involves engineering, a seven percent fee is charged, plus if a consultant is involved, then that charge is added on for the consultant’s fee. Bridge inspections will cost $100 per inspection as opposed to the $75 charged in the past. The resolution will be acted upon at a special November 25 meeting.

Giffin handed out preliminary drawings for the proposed new county highway building to be constructed at East Main Street, in Toulon. The new building would be located just north of the current highway building. Additionally, Giffin said that he was attempting to get funding to install flashing lights on a few of the county’s more dangerous curves on roads.

John Leezer, of the Leezer Insurance Agency, spoke to the board about the county’s annual insurance renewal on December 1. Leezer explained and outlined the renewal rates for property coverage, liabilities, etc. The total premium for the upcoming year is $78,896 with an increase over last year’s premium of $76,422.

County treasurer Paula Leezer gave a brief report and stated, “I did not see anything of significance to bring to your attention.” There were no questions from the board. Leezer explained that there was an auction held recently of seven delinquent properties and that all properties sold.

Discussed was the OnSolve Code Red billing, which was informational and is currently being questioned as to that company’s billing of approximately $5,000 to the county.

Finally, 11 tax sales resolutions were passed as a bundle under the consent agenda. The sales were from county properties that the owners did not redeem after two and a half years of delinquent taxes. The properties were sold at auction. 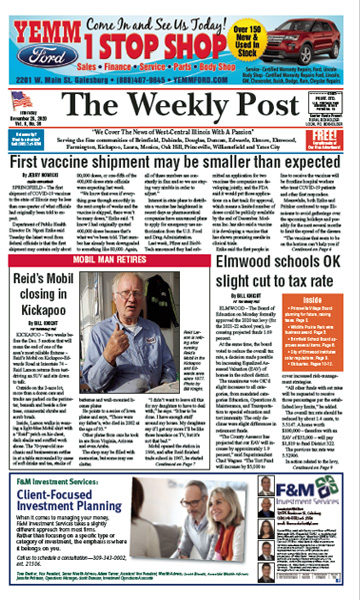 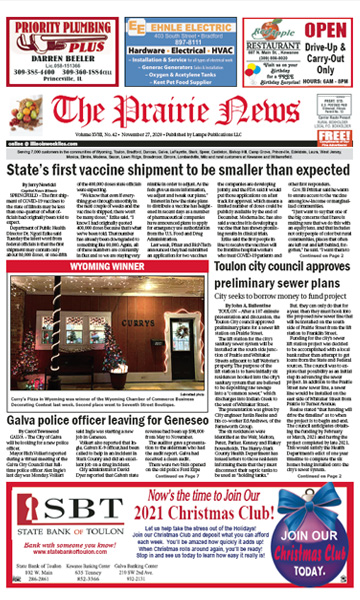 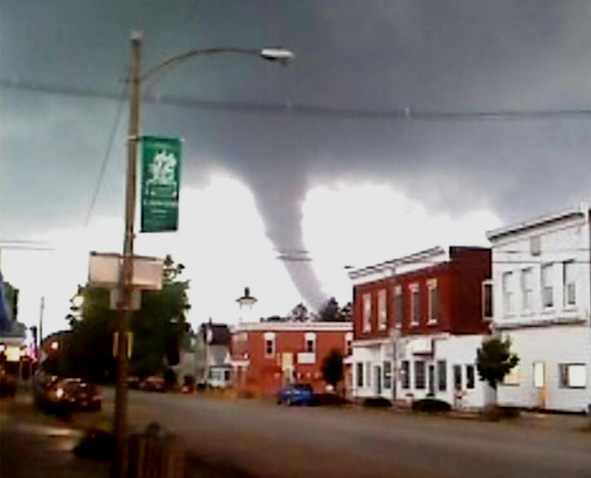