Incidents & Accidents
Stark County
6-14 – A rural Toulon resident reported an unoccupied wrecked vehicle located just south of 1100N and 200E. A note located on the extensively damaged van stated that the occupant(s) had sought to get help. Authorities had the vehicle towed and impounded. The incident remains under investigation.
6-14 – Blayze N. Ryder, 18, Neponset, was ticketed for disobeying a no passing zone. In a preliminary report, a ticket was issued in conjunction with a two-vehicle accident that occurred at Route 78 and Duncan Road. The accident remains under investigation through the Stark County Sheriff’s Office.
6-15 – John M. Hatch, 71, Wyoming, was arrested for disorderly conduct. He was later released with a notice to appear in court.
6-20 – Justin C. Potter, 31, Wyoming, was cited for driving with an expired driver’s license. He was issued a notice to appear in court. 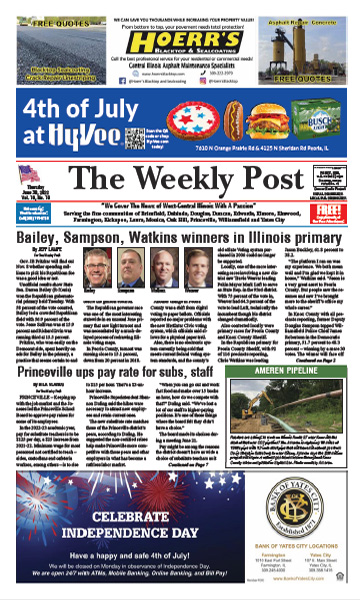 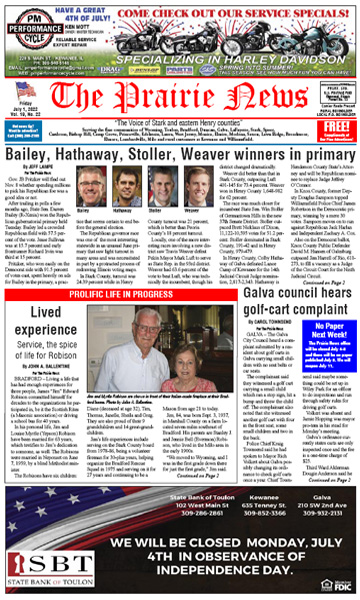