WILLIAMSFIELD – An all-sports MidCounty sports coop for students from ROWVA, Galva and Williamsfield high schools appears very unlikely. That’s the news out of Monday’s meeting of the Williamsfield School Board, which participated in a ZOOM session with school board members from ROWVA and Galva.

Discussion centered on possibly expanding the coop beyond football and cross country, the sports that the three schools currently share.

While the ROWVA board voted 7-0 in favor of expanding the coop, the idea met with resistance in Williamsfield and Galva, according to Williamsfield Superintendent Tim Farquer.

“My view is we need to rip this Bandaid off and commit to each other and move forward together. I really think we can offer quality, top-notch programs and have a great experience for our kids,” Farquer said. “But there are people in all our communities that aren’t ready to do that.”

Galva’s board voted against the expanded coop and Williamsfield tabled the matter after lengthy discussion. As a result, a scheduled Jan. 5 meeting will likely focus only on whether or not to continue cooperative agreements in football and cross country, which are set to expire after this school year.

“I don’t see a full high school coop moving forward,” Farquer said. In other business, the board:
• Accepted a bid for roof work from R.A. Oldeen for $336,264. This will complete patching of the roof over the 1982 addition – a consistent source of leaks.
• Heard that the school’s array of solar panels is generating electricity.
• Heard that after winter break (Dec. 19- Jan. 4) classes will remain fully remote from Jan. 5-19, after which the hybrid option will again be offered.
• Heard that students recorded an “It’s a Wonderful Life” radio play last weekend. The play can be streamed starting Dec. 20 at BroadwayonDemand.com.
• Were updated on board member terms. Four board members have their terms expiring in April of 2021: April Bouchez, Lisa Hanson, Brian Howard and Chuck Ingle. Deadline to file petitions to run for office is Monday, Dec. 21, at 4:30 p.m. 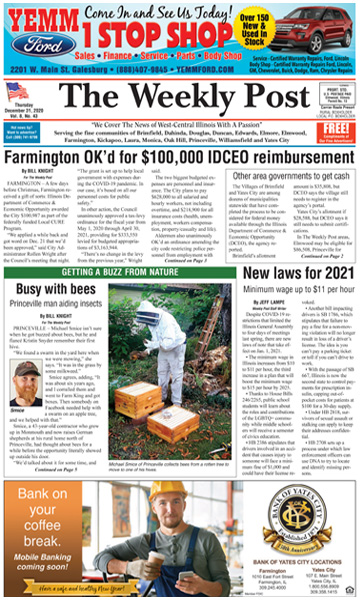 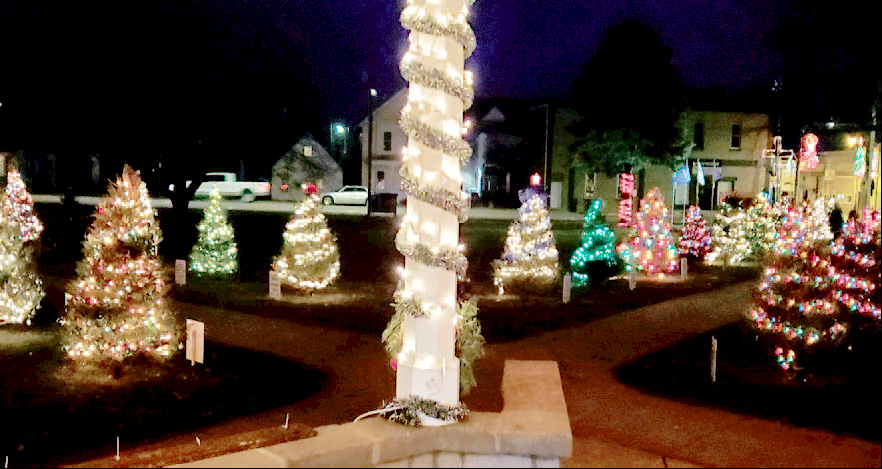