NOTE: Charges are merely an accusation. All suspects are presumed innocent until proven guilty in a court of law.
Police reports
• ELMWOOD – An Elmwood woman ran to her neighbor’s house on May 12 and called police about a reported act of violence committed against her by Zachariah J. Wooten, 21, of Elmwood, according to an Elmwood police report. The woman said when she woke up that morning, she asked Wooten to “get out of bed” and help find her phone. An argument ensued and Wooten reportedly grabbed the woman’s arm and pulled her hair. When police spoke with the victim, she showed hair that had been pulled out of her scalp. When police located Wooten, he confirmed the woman’s account and apologized. He was charged with domestic battery for grabbing the victim’s arm and aggravated battery for pulling out hair.
He was transported to Peoria County Jail. Farmington police assisted in the search for Wooten before he was found.
• FARMINGTON – Madison L. Kersh, 25, of Farmington was charged on May 12 with domestic battery.
• ELMWOOD – Brandy L. Romesburg, 29, of Elmwood was charged on May 16 with domestic battery.
• HANNA CITY – Michael F. Roberts, 49, of Hanna City was charged on May 10 with possession of a controlled substance, according to a Peoria County Sheriff’s report.
Marriage license
• Heather Nicole Damron and Dakota Reed, both of Edwards. 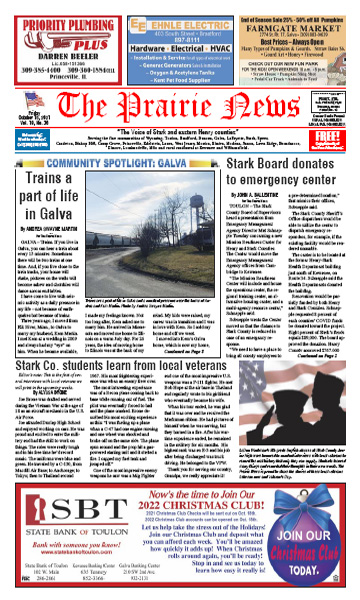